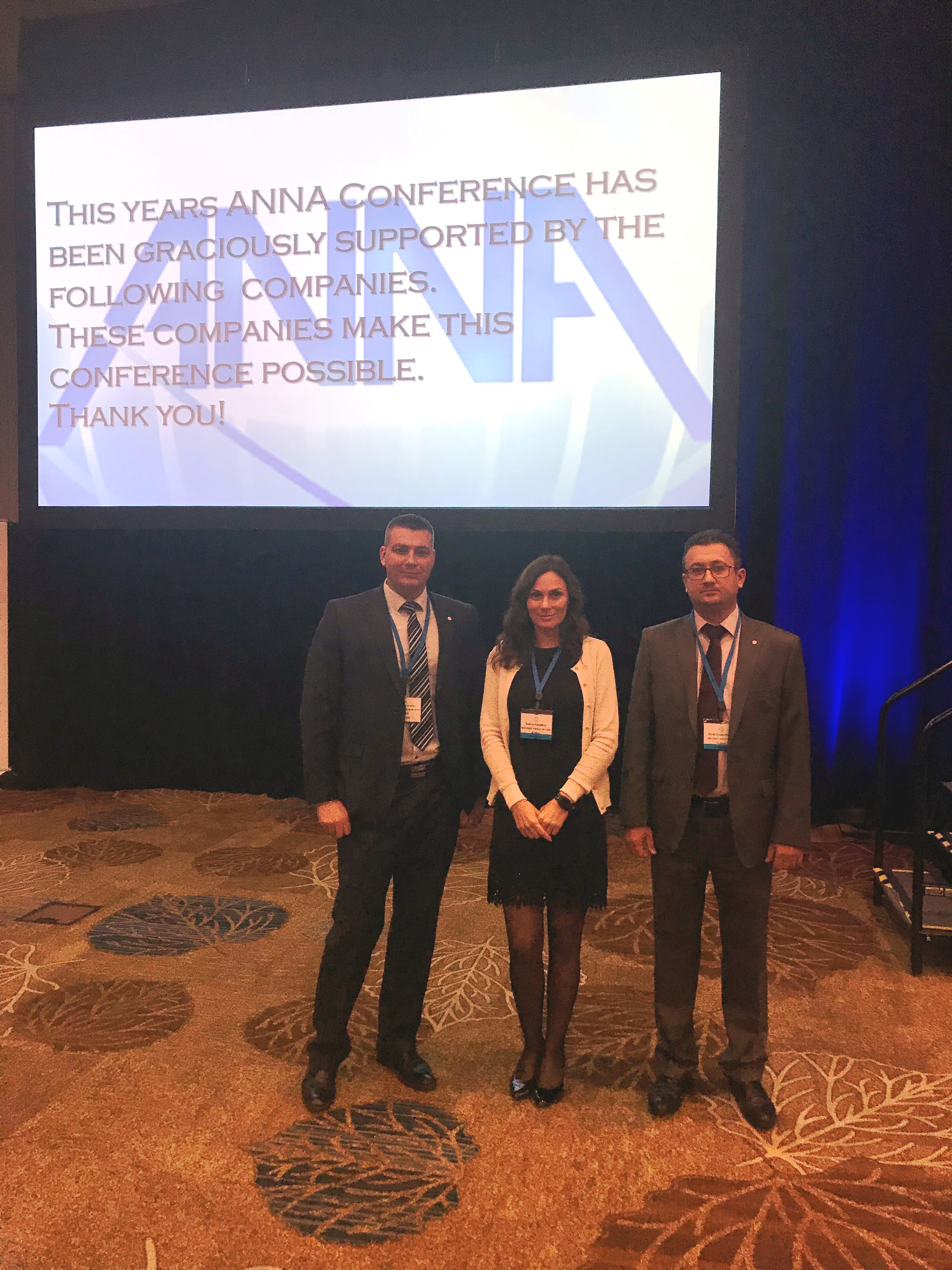 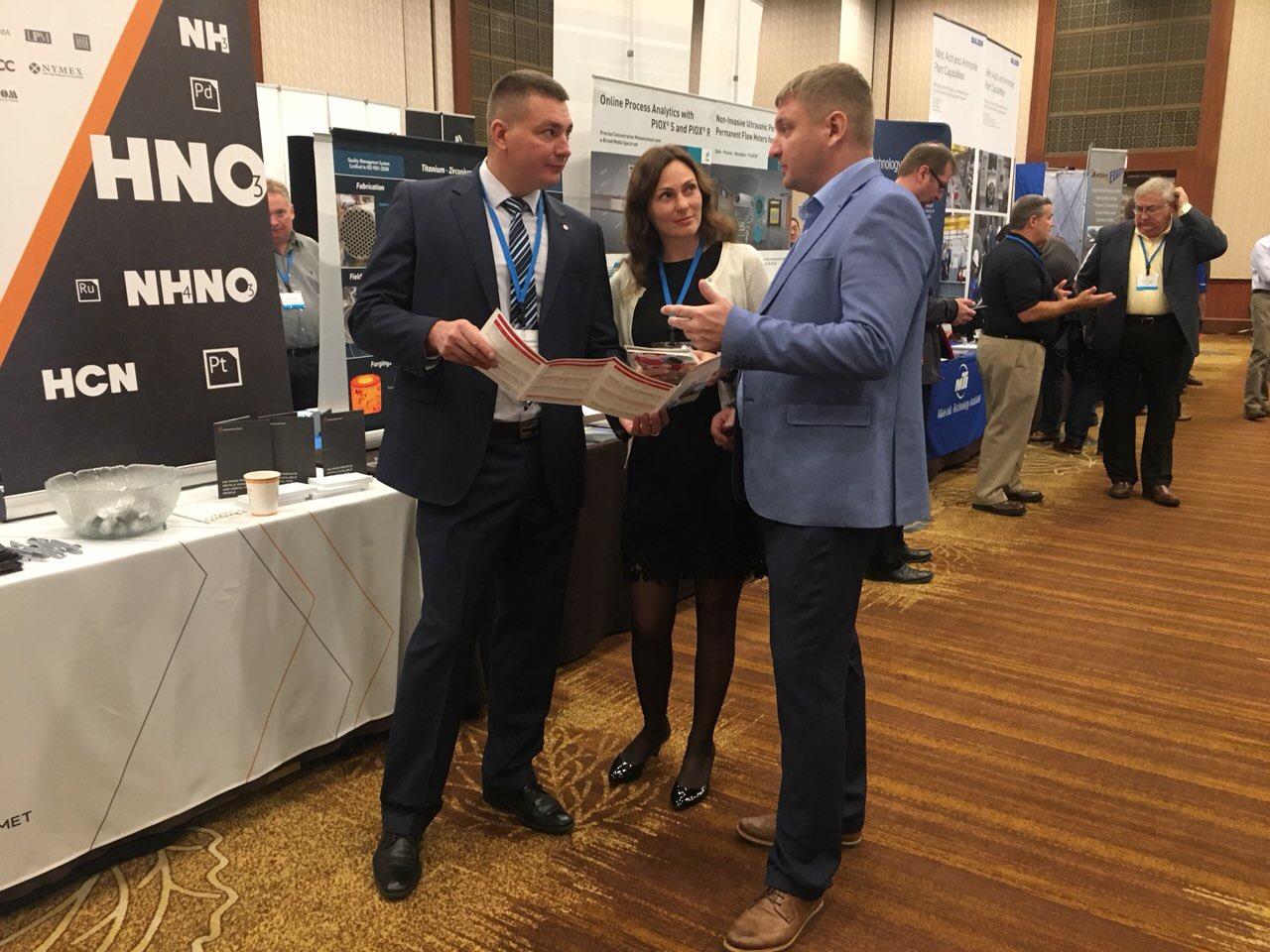 This year ANNA conference was held from 17th to 21st of September in Calgary, Canada. NIIK was represented by Mr. Suvorkin S.V., head of Moscow office, Anderzhanov R.V., head of process and technology department, and Kargaeva N.S. head of the department for international business development.

It was the third time when NIIK`s specialists attended ANNA conference, but this time NIIK was an exhibitor, besides Mr. Anderzhanov presented a paper at the Conference.

The report was devoted to complex fertilizers on ammonium nitrate basis produced in the HSDG (High Speed Drum Granulator) and had a great success. After the report was presented, Mr. Anderzhanov had to stay on the stage for 40 minutes due to numerous questions from the audience. The delegates kept asking questions even after the session and the next day.

Apart from the participation in the exhibition and the presentation, NIIK’s delegation had meetings with more than 10 companies representing the industry, particularly Nitric acid and Ammonium nitrate manufacturers, Licensors and equipment suppliers.

Having already some references in the field, NIIK is expanding its business. Nowadays, NIIK enhances its presence in Russia as well as develops its Nitric acid and Ammonium and Calcium nitrate business abroad. The participation in ANNA conference resulted in a number of new contacts and acquainted NIIK with the latest news of the industry.